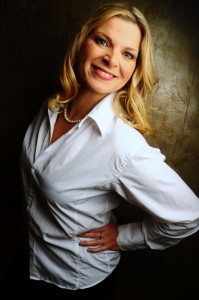 Ms Charlotta Huldt  At the age of fifteen she started her career at the Swedish National Theatre in Helsingborg as a singer, actress and dancer working for Nils Poppe, one of Swedens most famous comic actors throughout the 20th century.

She then moved on to Copenhagen, Denmark to study singing at the Royal Academy of Music. Shortly after graduation she moved to London to study with Professor Vera Rozsa. After a couple of years she moved back to Sweden for further studies at the National Operaschool in Stockholm.

Immediately after finishing the National Operaschool she started up an Operacompany, “the SpaghettiOpera” in Stockholm in 1997 togeather with Hans Ramberg. During these years she was also the artistic director of the Ystadopera. Ms Huldt has developed her directingskills by directing more than 40 different operaproductions, translating around 20 liberettos into swedish, worked as a set-designer, choreographer and also as an assistant director at the Royal Operahouse in Stockholm. In 2012 she founded the StrömstadOpera and in 2016 she produced and directed the communityopera-project –  the BollywoodOpera wich was filmed as a documentary and transmitted by the SVT. The Documentary was nominated at the filmfestival of Golden Prague Festival 2017

Member of the Writers Guild of Sweden, Co-founder of the ANNA-filmaward.